We all love a good quote. Public speakers use other people's quotes with abandon.  Here's a few that we ran across in our research that we thought you'd enjoy.

"I guess I should warn you: If I turn out to be particularly clear, you've probably misunderstood what I said." - Federal Reserve Board Chairman Alan Greenspan

"Mr. Lincoln is already beaten, he can not be re-elected." - Horace Greeley 1864

"Things are more like they are now than they have ever been." - President Gerald Ford

"This is the worst disaster in California since I was elected." - California Governor Edmund Brown

"During my service in the United States Congress, I took the initiative in creating the Internet."
- Vice President Al Gore, 2000

"No woman in my time will be prime minister..." Margaret Thatcher

"Why can't the Arabs and Jews resolve their disagreements at the conference table like good Christians?" - Warren Austin, U.S. Ambassador to the United Nations 1948


"My fellow Americans...I've signed legislation that will outlaw Russia forever. We begin bombing in five minutes." - President Ronald Reagan, joking before a 1984 radio broadcast and unaware that the microphone was on.


"I'm sorry Mr. Kipling, but you just don't know how to use the English language." - Editor of the San Francisco Examiner to Rudyard Kipling.


"He must have made that before he died." - Yogi Berra


"Novelty is always welcome, but talking pictures are just a fad." - Irving Thalberg, head of MGM


"Gone with the Wind is going to be the biggest flop in Hollywood history. I'm glad it'll be Cark Gable who's falling flat on his face and not Gary Cooper." - Gary Cooper


"Everything that can be invented has been invented." - Charles H. Duell, Commissioner U.S. Patent Office 1899


"It's a scientific fact that if you have your moustache, you weaken your eyes." - William 'Alfa Bill' Murray, Governor of Oklahoma 1932 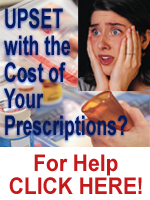 "Ruth made a great mistake when he gave up pitching.  He might have been a great star."
- Cleveland Indians Manager, Tris Speaker.


"The reason that Mickey Mantle is a switch hitter is because he is amphibious." - Yogi Berra


"Hazards are one of the main causes of accidents." - U.S. Occupational Safety and Health Administration booklet


"It won't be long before customers should be able to complete most of their banking transactions without any personal contact.  This will enable banks to offer more personal contact." - Forecast in Credit and Financial Management Magazine - 1976


"The streets are safe in Philadelphia.  It's only the people who make them unsafe." - Mayor Frank Rizzo of Philadelphia